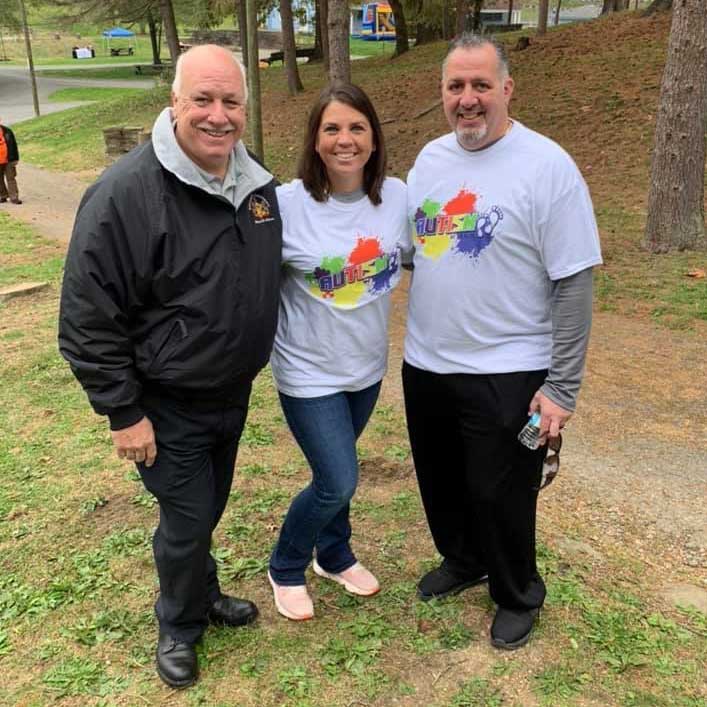 Why fundraise for autism?

Courtney: I’ve worked in mental health, in a variety of capacities, over the last 15 years.  Prior to owning my own therapy center, I worked extensively in homes and schools as a behavior specialist and consultant. For as long as I can remember, I always had a caseload full of children with autism. For some reason we worked well together and made great progress. Children with autism have always held a special place in my heart. They are individuals I can relate to and I am very sympathetic towards. I believe that helping these individuals and their families is something I was “meant” to do.

What was the impetus to start the Autism Open?

Courtney: While working in the field, I noticed that the autism community was extremely underserved. Insurance companies weren’t covering needed services, families were doing without items crucial to development like sensory items and communication devices, and items like service dogs and iPads were basically unaffordable for most. I decided that I needed to help the people of my community. I approached my brother-in-law, Thad, and his friend Scott, both of whom are very avid golfers, about the possibility of putting together a golf outing. They were immediately on board. It was as simple as that.The Autism Open was formed and within 4 months, we held out first outing.

How long have you been doing this event?

Courtney: We started the Autism Open in 2010, so 10 years ago. Over the last 10 years we’ve gone from an annual golf outing a year to several different fundraising events such as Cash Bashes and Top Golf Outings.

Where do you do the event?

Courtney: The Autism Open has always been held at Lone Pine Country Club in Washington, PA. Thad and Scott are both members at this club, so we went to them first. They have been great to work with when it comes to pricing and accommodations, so we continue to go back every year. 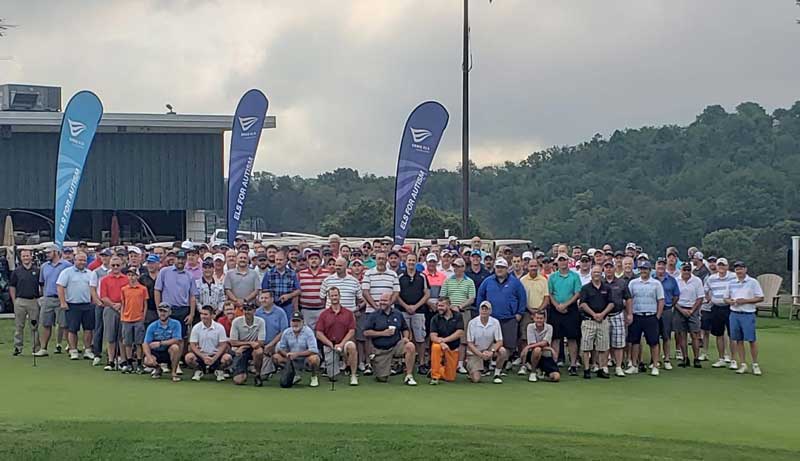 How did you select the Els for Autism Foundation as a benefiting charity?

Courtney: It just so happens the Els for Autism Golf Challenge and the Autism Open both started at the same time. We started planning our inaugural outing and I happened to come across an article online detailing Ernie Els, his family, and his new Golf Challenge endeavor. I placed a phone call, and we have partnered with them every year since.

How much have you raised over the duration of the event?

What recommendations would you give to other groups looking to start a fundraising event?

Courtney: A lot of work goes into planning events like these. Everything we do is supported by volunteers. I recommend developing a solid and dependable support group and delegating tasks. For many years I did as much of this by myself as I could. Although sometimes difficult to do, I have found that it’s often best to sit back and observe. Supervise those around you and allow them to take on tasks. Trust that everything will come together and that your event will be a success. Also, feedback is very crucial. If something is working, leave it alone. If something isn’t working, listen to your donors and make changes.  At the end of the day, the donors determine your success. They’re just as important as the committees making all of the decisions.

What has been one of your biggest challenges?
Courtney: While finding good volunteers that genuinely want to help is always an issue, fundraising, in general, is the biggest challenge. Asking people for money is a tough thing to do, and it’s not something that a lot of people are comfortable doing. In order to be successful, you need people that are willing to get out and seek donations and sponsorships. In addition to that, you need people that are willing to go out and network. Sometimes it’s not necessarily about “who you know.” It’s often about who you know knows, who they know, and then who they know.

What are your biggest rewards?
Courtney: I would have to say that the biggest reward for the organization in general is the feeling we get when we know we’ve made a positive impact on someone.  Over the last few years, we’ve put on “Mom’s Day Out” events where the mothers of children with autism get together and craft. We’ve held “Autism Nights” at the local baseball park, and we even started an autism decal program to assist first responders in handling crisis situations in which individuals with autism might be present. We’ve purchased needed items like service dogs and iPads, and we recently donated a sensory room and provided ten sensory carts for a local elementary school.

For me, the most rewarding thing about what we do is the fact that everything we do is completely free. The families pay nothing at all. I am a firm believer that children with autism and their families need experiences in the community. I know that most families struggle tremendously when it comes to outings, whether it be because of negative behaviors or financial issues. The least I can do is provide safe, judgement free, opportunities for them to participate in, free of charge. To give these children and their families the opportunity to interact with each other; to make friends; to network; and to simply enjoy an afternoon without the fear of judgement, is the best feeling in the world. To see the smiles on the faces of some of these kids and then the tears in their parent’s eyes as they’re thanking me, is priceless. That feeling is what keeps me going year after year, and I’m pretty confident that it will keep me going for many years to come.