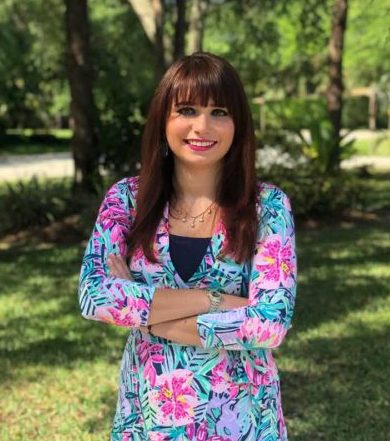 We are pleased to introduce the 2019 Autism Spectrum Award winner, Haley Moss!

The Els for Autism Spectrum Award honors an individual with autism spectrum disorder who has shined a positive light on autism through his/her character, positive attitude, and contribution. “Haley has not only defied the odds by accomplishing her creative and educational goals but is a tireless advocate for every person on the spectrum,”  Haley’s friend and fellow autism advocate said.

Haley Moss was diagnosed with autism at age 3 and is an associate attorney at Zumpano Patricios in Coral Gables, Florida. She received her Juris Doctor from the University of Miami School of Law in 2018, and graduated from the University of Florida in 2015 with Bachelors degrees in Psychology and Criminology.

She is a renowned visual pop artist and the author of “Middle School: The Stuff Nobody Tells You About” and “A Freshman Survival Guide for College Students with Autism Spectrum Disorders: The Stuff Nobody Tells You About.” She also illustrated and contributed to the anthology “What Every Autistic Girl Wishes Her Parents Knew.” Her writing has been featured in publications such as HuffPost, Teen Vogue, Bustle, Elite Daily, and The Mighty. Haley also co-hosts the “Spectrumly Speaking” podcast, which is dedicated to women on the autism spectrum.

Haley currently serves on the constituency board for the University of Miami – Nova Southeastern University Center for Autism and Related Disabilities and the Board of Directors for Different Brains. She previously served on the board of Unicorn Village Academy.

The criteria for award nominations: