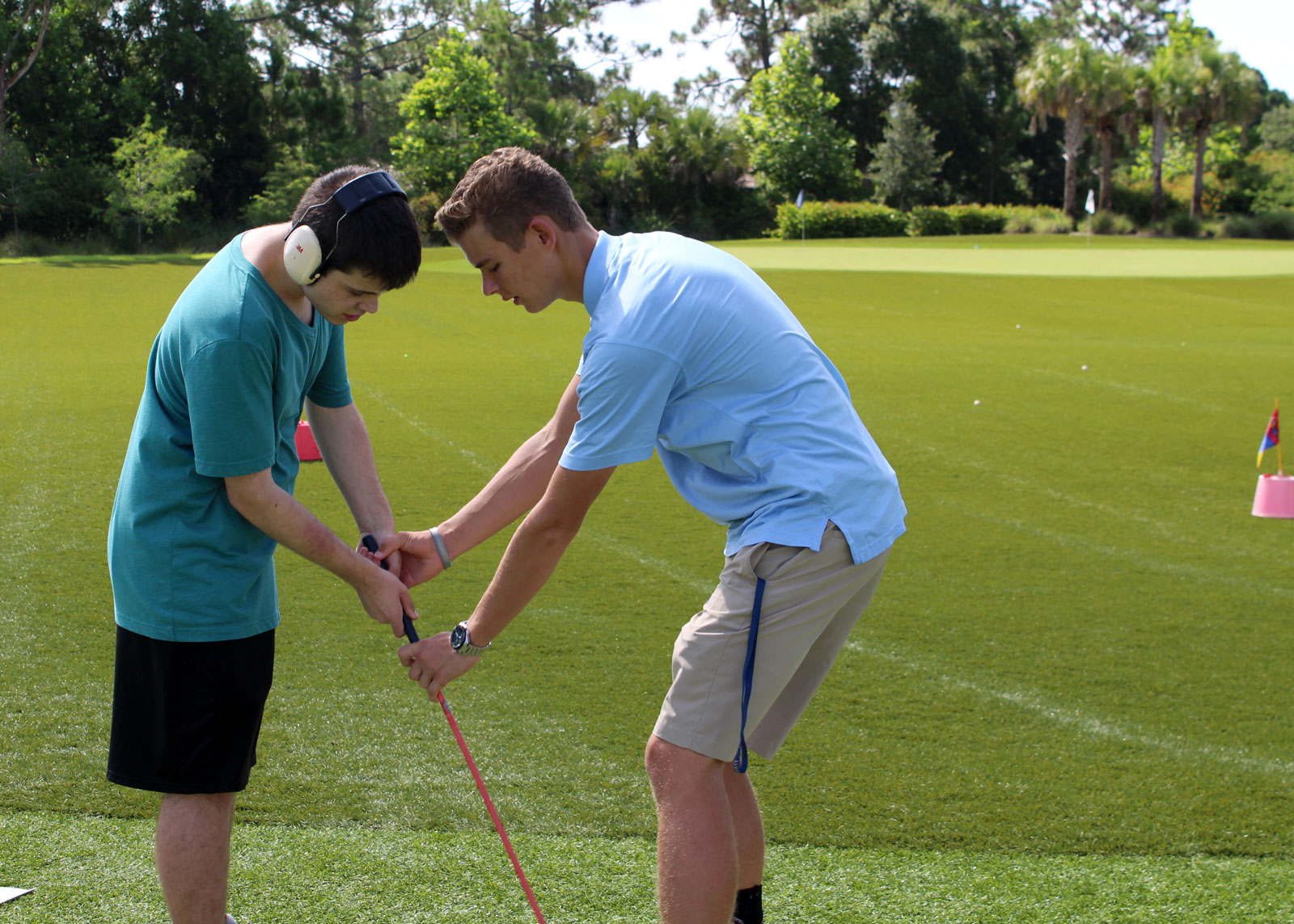 Three years ago, Riley Banker of Jupiter, Florida, ventured into the Els Center of Excellence, hoping it was somewhere he could make an impact. Riley’s initial attraction to the Els for Autism Foundation was its Founder, World of Golf Hall of Famer and four-time Major Champion, Ernie Els. An avid golfer himself, Riley was most interested in volunteering on the golf course. After he attended the Els for Autism volunteer orientation, he began assisting during the golf sessions at summer camp.

Volunteer orientation educates volunteers on the nature of autism spectrum disorder and the unique traits and behaviors of individuals with autism, so volunteers know what to expect.

“I learned a lot through the volunteer orientation, so when I started I knew that each person on the autism spectrum is very different,” Riley said. 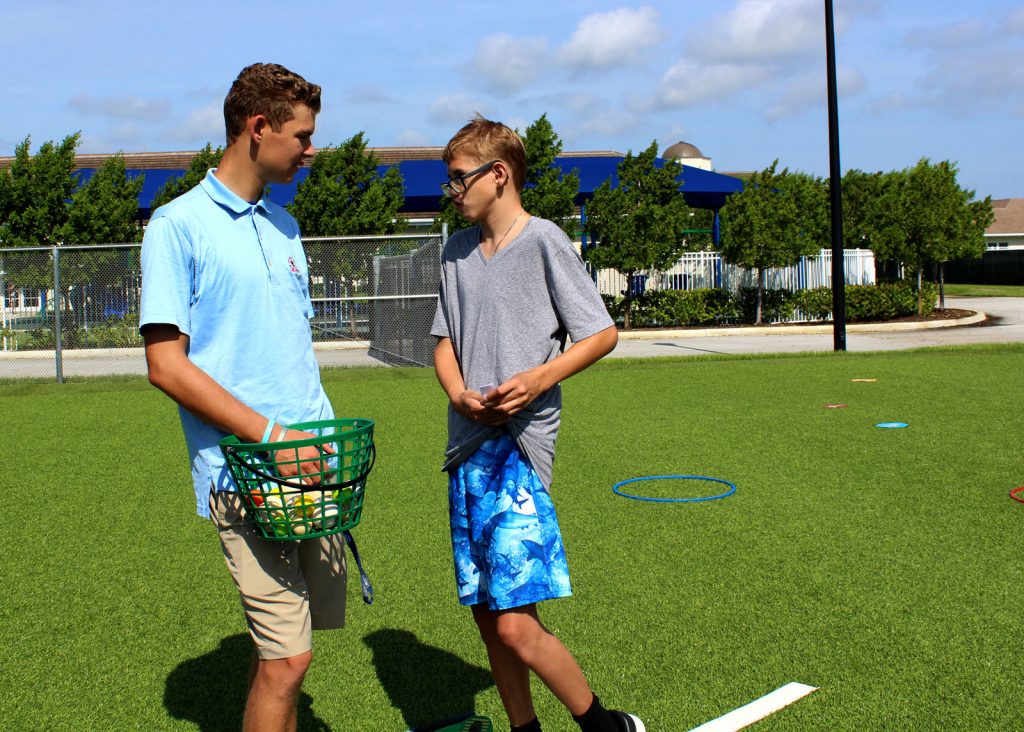 While orientation prepared him to work with the traits of individuals with autism, Riley soon realized that the kids he was helping were not too different from most neurotypical kids he knew.

“They’re just kids that have been born a little differently and still need people to love and care about them,” he said. “No matter what part of the spectrum you are on, anyone can feel joy from hitting a golf ball.”

Kelley Coutts, Recreation Coordinator at Els for Autism says that Riley is a star volunteer, able to work with participants of all ages and abilities.

“He has worked really hard to build positive relationships with all of the participants,” Kelley said. “He has wonderful enthusiasm and energy.”

One of Riley’s favorite parts of volunteering is getting to experience each golfer’s improvement.

“No matter which level they start at, everyone is able to get better and progress over time. Having the opportunity to see a person improve is an irreplaceable feeling,” Riley said.

Riley is beginning his Junior year as a homeschooled student and will be taking dual-enrolled college classes, in addition, he will continue to volunteer during the tennis and golf fall recreation programs, as well as summer camp. He is accumulating volunteer service hours for the Congressional award, an award for youth that he has been striving for since he started high school. The Congressional awards are earned by reaching goals in four program areas – voluntary public service, personal development, physical fitness, expedition/exploration.

But for Riley, this is about more than volunteer hour requirements or medals. As an Els for Autism volunteer, he has been able to make an impact in the lives of others, and his life has been impacted in return.

“It’s one of the most rewarding experiences you can have.  Volunteering has been very eye-opening and has changed how I approach everyday life,” Riley said.  “I would recommend it to anyone.”