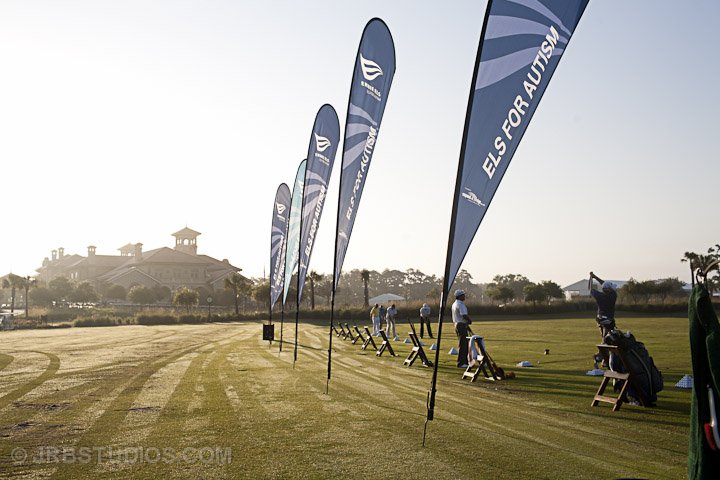 2020 marks the 10th year of the Foundation’s largest fundraising activity, the Els for Autism Golf Challenge. The first nine years of the Golf Challenge brought the Foundation $24.6 million! Looking back to the beginning, Liezl Els, Co-Founder and Managing Director, was asked whose idea was the Golf Challenge?  She responded, “It was a combination of Ernie, Susan Lampl, and me. Golf was our life, so it was always going to be the natural way for us to raise money.” 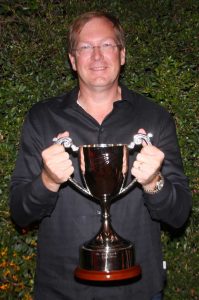 In 2011, the first Golf Challenge was comprised of 30 tournaments, all in the U.S. In 2012, one location in Canada was added and more the following years. The kick-off tournament was held at the PGA National Champions Course in Palm Beach Gardens, FL. That first year, Mark White’s team was the very first Els Cup winner, fundraising $50,284. “The first few years of the Golf Challenge were heavy lifting and we could not have done it without the support of many grassroot teams,” said Liezl, “We were educating people on what autism was and we were asking people to fundraise for a dream, a vision of what The Els Center of Excellence could be.”

In March of 2014, the story changed with the ground-breaking ceremony, which marked the start of the construction of The Els Center of Excellence campus. “Many of our main Golf Challenge supporters came to the groundbreaking ceremony,” said Liezl, “With land purchased and architectural designs in place, we could finally demonstrate what the Golf Challenge fundraising efforts were accomplishing. The vision became real.”

In addition to recognizing the highest fundraising teams each year at the Grand Finale, the Foundation established the $100,000 Club to acknowledge the teams hitting this milestone.  As of 2019, two teams – Team Lucas Steps and Tanner’s Team – both have raised over $300,000!

Before the auditorium building, two education wings, golf facility, Sensory Arts Garden, and pavilion were opened on the campus, the Grand Finale took place in Las Vegas (2011 – 2016). In 2017, the Grand Finale moved to Palm Beach, as it was important for the Golf Challenge qualifying teams to be able to experience the campus .“We couldn’t be prouder to showcase The Els Center of Excellence to the Golf Challenge family of supporters.” said Liezl, “Developing programs and services to help individuals and families impacted by autism is what our Foundation stands for and we thank the Golf Challenge family for enabling us to make this happen on a local and international level.”

Register for the 2020 Golf Challenge here