Howard Thomas has been defying odds since birth. As a newborn, he contracted a rare and life-threatening form of spinal meningitis, which put him in a coma and led doctors to a devastating prognosis, telling his mother that he would be “a vegetable.”

Miraculously, Howard not only survived the ordeal but thrived. After graduating with his master’s degree, he began a professional journey helping people with disabilities—a career path set in motion at a young age, when he befriended a girl with Down Syndrome.

“Working with this population just lights up my life every day,” Howard said. “I am so excited every morning that I get up and get to do my job. 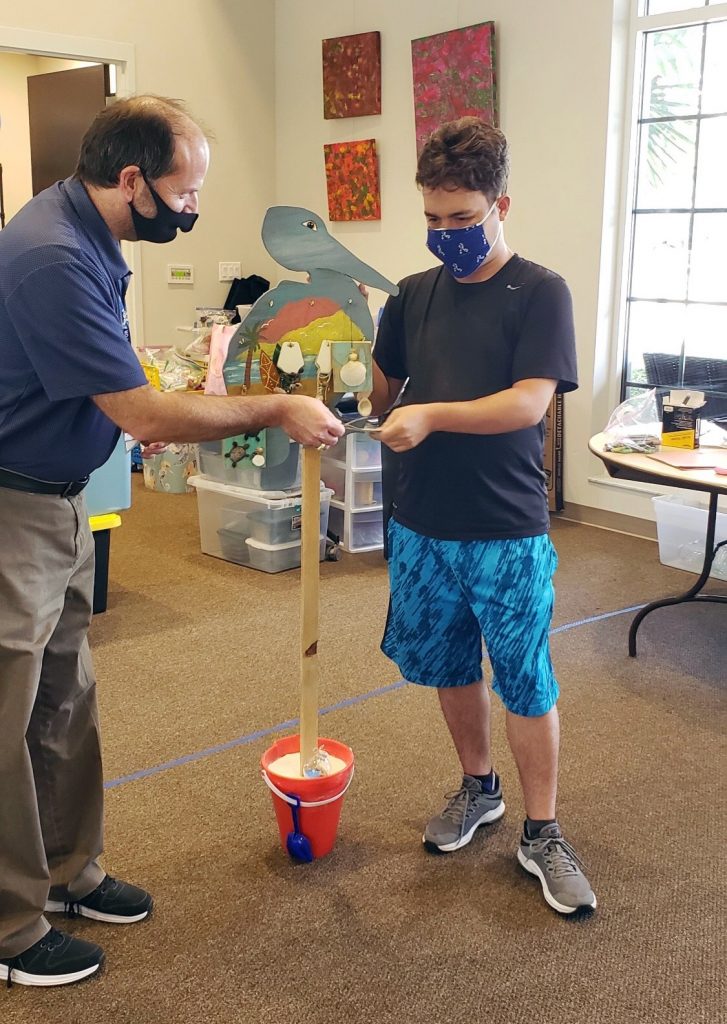 Following a successful stint as a paraprofessional and Day Program instructor, Howard now works as the Employment Coordinator at the Els for Autism Foundation.

As Employment Coordinator, Howard develops partnerships with companies to run Work Experience or On the Job (OJT) training programs. He also helps adults enrolled in Vocational Rehabilitation (VR) in all aspects of the job-hunting process.

After speaking with a participant about their career aspirations, Howard starts reaching out to potential employers in his signature “take-action” style.

“Oh, I don’t just sit back and make a call to a business,” he says with a laugh. “I’ll call them, send them an email, and if I don’t hear from them that day, I drive over to their business and knock on their door.”

Even during a global pandemic, Howard’s positive, take-action mentality doesn’t falter. COVID has sharply affected the unemployment rate, with millions of people losing their jobs either temporarily or permanently. As of September 2020, the unemployment rate sits at 12.5% for people with disabilities, compared to 7.5% for those without disabilities. (https://www.dol.gov/agencies/odep)

Howard hasn’t had time to dwell on those numbers.

“COVID has undoubtedly been a roadblock for us, but from the very beginning, the Foundation shifted right away. We didn’t waste a minute twiddling our thumbs. We took action creating virtual job training classes, and finding new positions for people out of work.”

Howard says the team at Els for Autism has found a good deal of success in working with companies to locate remote positions, which often appeal to adults on the spectrum.

No matter what industry a person on the spectrum wants to work in, Howard believes there is a way to make it happen. Unfortunately, not everyone shares his optimistic approach. This mental roadblock is often the most challenging obstacle to overcome.

“Sometimes, people assume persons with disabilities can’t do things,” he says. “My biggest pet peeve is hearing someone say, ‘They can’t do that.’ You’d be surprised the amazing things they are capable of if you give them the opportunity.”

For example, when Howard found an OJT position for a woman as a baker’s assistant, she struggled with standing on her feet for multiple hours. Howard spoke with the bakery owner about getting a pressure-relieving floor mat, which allowed her to endure being on her feet longer.

When it comes to providing greater access and opportunity for people with disabilities, Howard says it’s often the little things that make a huge difference.

Despite the unusual year we’ve had, Howard feels grateful for the opportunity to help the Foundation expand its employment program and is excited for what’s to come.

“We have an amazing team, and just the fact that I am here and can make a difference for the Foundation, and for our clients and families is an absolute honor and a privilege.”