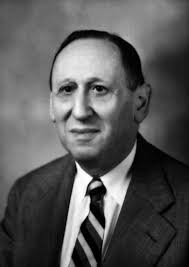 The History of Autism Part I – Origins of Autism In 1911 a Swiss psychiatrist known as Dr. Eugene Bleuler made a startling discovery. While studying individuals with schizophrenia, a term he coined, he noticed that many of those same patients had related symptoms that he hadn’t diagnosed before. These patients seemed entirely withdrawn, oblivious to the people around them, and completely self-absorbed. Finding a way to describe them, he stumbled upon the term “autism” derived from the Greek word “autos” meaning self, in this case wholly self-absorbed. This is my two part blog that focuses on this journey of autism from a symptom of schizophrenia to a federally recognized  disorder—in 1991. In order to be aware of the present, we should also be aware of the past.

In the many years that followed Dr. Eugene Bleuler’s discovery, autism remained categorized as a version of schizophrenia for a sub-group of patients. In 1926 it was claimed that Soviet neurologist, Grunya Sukhareva, was the first to extract autism from schizophrenia. Dr. Sukhareva even used the term “autistic psychopathy” years before Dr. Hans Asperger (whom I’ll get to later) did to describe his patients. But the man who made the theory popular was Dr. Leo Kanner, an Austrian psychiatrist who ended up in the United States, due to poor conditions in his adopted homeland of Germany. Shortly after his arrival in 1935, Dr. Kanner wrote the pioneering book “Child Psychiatry”.  It was this book that stoked the curiosity of a family from Forest, Mississippi, the Tripletts. The Triplett’s oldest son, Donald, had gone through many unusual symptoms that the family couldn’t figure out.  The father wrote a very long essay to Dr. Kanner and he agreed to meet with Donald, who became known as autism’s Case #1.

What Dr. Kanner found out from Donald was groundbreaking in the world of psychology. Up till that point he thought that autism was a part of schizophrenia but now he wasn’t sure. Donald didn’t have delusions, nor did he experience “voices” or other hallucinations that were typical symptoms of people with schizophrenia. Donald was living in his own world, but it wasn’t separate from the reality he really lived in. In fact Donald, now in his 80s, has acknowledged that he didn’t cry when his mother died in 1985, because he “just didn’t react” not because he was oblivious to her death. These new findings, along with observation of several other patients similar to Donald, had Dr. Kanner propose a new theory that autism, instead of being a relative of schizophrenia, it was of its own being.  He ended up calling it “infantile autism”, since his preoccupation was with children who shared those traits, and he published an article on his new theory called “Autistic Disturbances of Affective Contact”.

Around the same time, in the mid to late 1930’s, another Austrian psychiatrist laid the groundwork for deeper insight into the world of autism. Dr. Hans Asperger, whom Asperger’s Syndrome is named after, had met with patients diagnosed with “autistic behaviors” but were of a wider group and variety from the ones Dr. Kanner had seen, and had expressed greater interest in the most high functioning patients. While these patients exhibited many symptoms of autism, their symptoms were seen as benefiting them, not disabling them. Since he was not a child psychiatrist, he followed many of these patients through their successful careers, including the Nobel Prize in Literature winner, Elfriede Jelinek.  Of these patients, he was convinced that “autism psychopathy” played a part in their successes. In fact, he even started a school for those with “autism psychopathy” but the school was destroyed and the co-founder killed during World War II bombings.

While one would expect such research to be crucial to the total understanding of autism, none of his work was translated into English and it took a year after Asperger’s death when the English speaking world learned about his research through British psychiatrist Lorna Wing, who published an article about him in 1981, calling his more specialized diagnosis as “Asperger’s Syndrome”, and coining the term “the Autism Spectrum”.  But it took a decade later, for German developmental psychologist Uta Frith to put out the first translated works of Dr. Asperger, which ended up making Asperger’s Syndrome official as a universal disorder.

In the second half of this blog, I will convey the impact of the new diagnosis of a neurological disorder during a moment in time when the practice of eugenics, a political ethos built around genetic purity and the warehousing of the disabled, was popular.  This became the governing ethos of a vile nation state during the 30s and 40s. I’ll also discuss whether or not a counter-intuitive disorder like Asperger’s Syndrome was turned into a political gambit by its very own namesake. And lastly, I’ll share information on the first popular “root cause” of autism, the Refrigerator Mother Theory, which has been discredited. Hope you had a lovely Autism Awareness Month in April, and stay tuned for more history!