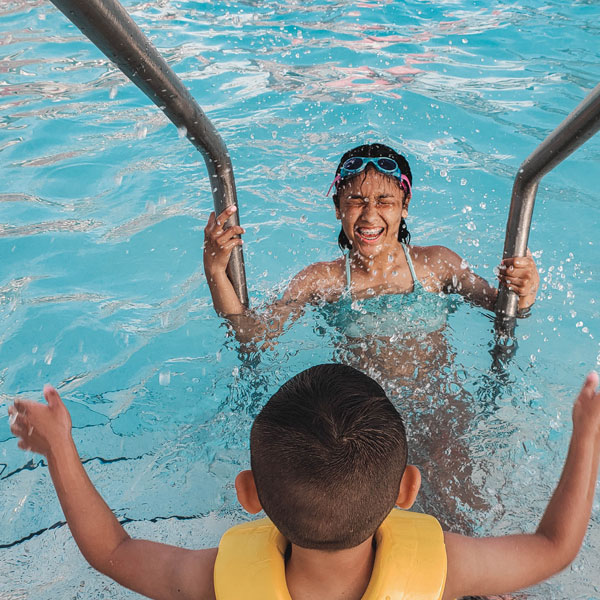 A Swimming Pool is Coming to The Campus!

Recent research (1) indicates that children with autism spectrum disorder (ASD) are at a substantially increased risk of accidental death, particularly from unintentional drowning. Fatal drowning in children with ASD typically occur in water bodies (unsecured ponds, lakes, canals) near their homes. From 2009 to 2011, accidental drowning accounted for 91% of total U.S. deaths reported in children with an ASD ages 14 and younger. Wandering was the most commonly reported activity that led to drowning, accounting for 73.9% of the reported incidents.

The Foundation’s goal is to provide swimming lessons and water safety training to reduce the risk of accidental drowning in a positive and safe environment.  An additional study (2) has shown that children who receive swimming lessons and water safety training, at an early age even as soon as diagnosed, acquire the skills faster and thus may improve their survival chances if they wander into a dangerous situation. In this study, evidence was provided showing that children with ASD can improve water safety skills, which are important for drowning prevention after only 8 hours of intervention. The lessons and training planned include; infant /child swim self-rescue, swimming and water safety lessons (all ages), aqua therapy, aqua aerobics, swimming as part of the physical education classes for the two public charter schools on campus and use of the splash pad to promote social opportunities and to offer water experiences for individuals that cannot swim or are fearful of immersion in the pool.

The pool, splash pad and open-air pavilion has been fully-funded by a generous donor. With additional funding, the Foundation would like to cover the pool to allow for year-round instruction.  The aquatic center plan is currently in the architectural design phase. Breaking ground is targeted for early 2020 and the grand opening will be towards the end of the year.