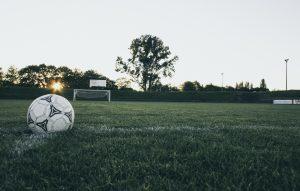 Usually, theatergoers are attracted to those movies: films portraying underdogs competing in a professional sport, wherein the thrill of the sporting event has added dramatic elements that engage, and inspire, the audience watching the movie. There are movies about African-American athletes competing in the Jim Crow-era South, about mentally challenged athletes rising to their best through the sport, and there are even a few movies about autistic individuals, “A Mile in His Shoes” being one of them. But movies are all about the past, they are all about telling a story, fiction or non-fiction, about an individual who transpires to become the focal point of whatever movie they’re in due to their inspirational tendencies, usually filtered through a Hollywood filter, where everything becomes needlessly glamorized. Why not shine a light on the athletes, specifically athletes with autism, who are competing in the present?

My history in the realm of sports is very brief. I’ve always been a very slow runner with very low stamina, enough to where walking a mile would take an hour for me to complete, and I only got involved with the practice of sporting due to the requirements to do so until the end of the ninth grade. I did amass a short list of accomplishments throughout my trials in the world of sports, from becoming the “MVP” of a soccer league to taking out the champion wrestler at my High School, and I found some pride in succeeding in highly kinetic sports like Soccer and Hockey, but it never was a field that I was going to enter in. I do admire, though, those who make a field like that as their career, becoming more than just athletes, but historical icons.

And, yes, being a successful autistic athlete may be a little bit of a gift. While the diagnosis focuses, distinctly, on communication skills, delayed gross motor skills are also considered a common symptom of having ASD (Autism Spectrum Disorder). What are gross motor skills? According to the Encyclopedia of Children’s Health “Gross motor skills are the abilities required in order to control the large muscles of the body for walking, running, sitting, crawling, and other activities.” If you have Asperger’s Syndrome, for example, then the neurologists will say that one of the symptoms is in being clumsy, it is also thought of that early diagnoses of those with autism will find kids that cannot walk in a straight line towards the tester during some diagnosis tests. Thus, it is a lot harder to imagine anyone athletically active, and successful, who happens to also be autistic.

Well, while doing my research I actually did come across one such gentleman. The man’s name is John “Doomsday” Howard and he is a professional MMA fighter, specializing in kickboxing, who got the clinical diagnosis of autism. There are other MMA fighters with autism, like Serena “The Southpaw Outlaw” DeJesus and Connor “Captain Redbeard” Gross, but Mr. Howard actually has a record of participating in a few of the major league events held by the UFC organization. In an interview conducted with him in July, John Howard admits that he was very interested in learning about his diagnosis, even if in his case it is “mild and low”, due to the “many variants” of the disorder, and that it cleared up any mysteries about his life, stating that it was “good to know”. To him, autism isn’t really a setback as much as it is a fact of life. He responds to a question I ask him referring to an article from 2013 written by Coach Doug DuPont who analyzes MMA as a good field for those who are autistic, and whether or not there is any truth to it of which he confirms for me that he is very good at repetition, not uncommon for those on the spectrum and that repetition is very important to the sport of MMA. He ended our conversation by noting his social media presence on Snapchat, Instagram, Facebook, just type in John “Doomsday” Howard on any of these platforms to find him.

In conclusion, you can be a successful athlete and still have autism. There is even a runner by the name of Michael “Mikey” Brannigan who has competed in the Paralympics and is so fast that he sees himself as competing in the actual Olympics in the future, and he is autistic. Just like any inspirational sports movie, it is not about genetic determinism or fate as much as the will of the player in competition or outside to change the course of history, and to declare victory in the arena of the sport. — Merrick Egber