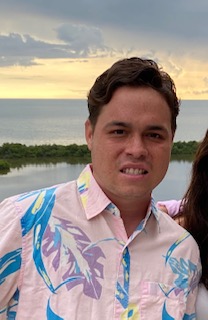 Ever since I first started working with the Foundation, one of the rewarding experiences has been working with Mrs. Shelly Hedge, who may have been the first person I talked to who shared about having an adult son on the spectrum. While her son, Collin, is not a talkative individual, through all of the time that I’ve known him, watering the plants on campus and shredding papers, and participating in our programs and services, he stands out as someone whose communication is more so through his actions than just through his words.

Through this interview, I decided to ask Shelly about her role at the Foundation, the meaning of job coaching and how Collin has been impacted by his experiences having a job coach helping him.

Can you tell us the role at the Foundation and what led you to pursue working here for us?

I am currently the Accounts Receivable Manager.  I started volunteering with the Foundation in the beginning when the first event Liezl’s Tea Party was introduced about 12 years ago.  I have been very involved in volunteering and started working at the Foundation 5 years ago.  My role initially was to assist Belquis with accounting and it has grown since.

What exactly is job coaching?

Job Coaching is for our adults on the spectrum who need assistance in the work setting.  Collin has been working since he graduated from The Learning Academy.  He has had a job coach with him throughout to help train him the responsibilities he needs to complete.  The job coach also keeps him on track with his schedule and can redirect if behaviors occur.  They are the voice for our Adults on the spectrum.  Without a job coach, Collin would not be able to work in the community. 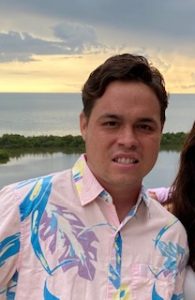 Can you describe who your son is, and how his life was impacted by job coaching?

Collin is 25 years old and he is a very active and hard working young man.  He thrives on structure and needs to know what is expected of him.  Collin worked in a Country Club helping to set up their card room.  This involved cleaning the entire room and setting up their drink and snacks.  The job coach determined what supports Collin needed and created a task list/schedule that he could follow.  Another huge support was his communication device, which he used when he was getting stuck and not able to communicate his wants/needs.   Collin also has a part-time job at a therapy office, where he has a list of duties including shredding, restocking, cleaning desks, and some administrative work.  There his coach would make sure he stayed on task, and also keep his vocalizations and behaviors at a minimum.  Collin thrives when he is kept busy.

What makes job coaching play such a big role for those on the spectrum?

The role of a job coach is essential because without them Collin would not be able to work.  He relies on the support and redirection that is guided by his coach.  As I said above, they are the voice of our adults and they assist in organizing the tasks so they can be completed to the best of their ability.

What would you recommend to people interested in finding a job coach for someone who is autistic?

I would say it is essential, even if your adult on the spectrum is higher functioning.  The Job Coach sets up the environment that is conducive for the adults on the spectrum.  Each one of us is unique and that is the same for those on the spectrum.  Their needs are essentially different for every individual.  Having a voice where you may not be able to express yourself is what makes the job and employee successful!

I would like to thank Shelly Hedge for participating in the interview, and would also like to thank Collin Hedge for serving as a prime example for those who wonder how job coaching can impact the lives of those they love with autism, or even if they are considering one for themselves. And, lastly, but certainly not least, the different job coaches, including our very own Rita Woolley on a Podcast being recorded for the month of August, for being so supportive to people like us.