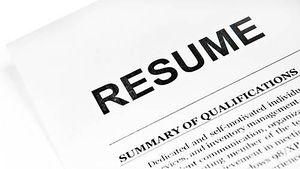 The Puzzled Jungle: One Hunter’s Journey to Employment

For me, starting off in the workforce wasn’t as timely, or as easy as it would be for someone who doesn’t have my hang-ups. The first real job I had was at the age of 20, delayed by being in an Independent Living Program for two years, and it was as a bagger at a local grocery store chain. While many people would find a job like that easy, and possibly refreshing, I found it to be nothing more than very stressful. The anxieties of dealing with customers, and cart management, were intensified through my outlook, but also it was the endless futility of such a simple process as mopping the store floors. For some reason, perhaps motor skills-related, mopping was so difficult for me that I would mop the floors over and over again, with very little luck. Because of the stress, I went through burn-out, dusted myself off and tried to move on.

Unfortunately, getting a replacement job was a very difficult prospect. I couldn’t, and still cannot, drive myself so I was limited in my options. I had a few placements, but they didn’t last very long and weren’t hospitable enough for my livelihood. Most importantly, more than being unable to drive and just plain bad luck, I had to deal with two major obstacles while trying to procure a subsequent job: psychological assessment tests and my own shyness.

Through years of interviews, applications, and the like, I’ve also learned that many employers are uninterested in following anything up unless you are communicable enough to put their feet to the fire. I got to have an interview with an electronic retail store, of which I was told that if I did “very good”, than there would be room to grant me two more interviews. I remember being told those exact words, but it took 6 months to grant me a second interview, due to a disinterest in communication with me, unless I put their feet to the fire.

The six and a half years I spent at the retail store were to become a time of relief, but also a time of irritation and constant bitterness. One of the worst parts of working there was being required to work on the day of Black Friday.  While I hated it for other reasons than just for autistic-exclusive ones, anyone on the spectrum could relate to the stress and anxiety of having to work around all of those customers on such a frenzied day of the year.

In my anger over Black Friday and a feeling of exhaustion working in the retail industry, I started applying for jobs as fast as I could trying to get out of the “retail trap”.  Once you work retail, it is difficult to get interested employers besides sales companies, or more retailers.  One bit of rhetoric that I started using in interviews was how accomplished I was as an autistic individual in having gainful employment when so many of my peers were unemployed.

UN statistics cite the percentage as 80%.

Part of the problem is that many companies get very reluctant in hiring people with mental disabilities due to accommodation costs imposed from ADA regulations and the increased likelihood of layoffs.

Eventually, through continuous effort to find more satisfying employment, I found the Els for Autism Foundation. They gave me a job more suited to me as an individual, a way out from the mindlessness of constant customer service and the ability to help others affected by autism.

Do you have any stories of employment challenges of your own and how you overcame them?  We’d like to hear in comments, below.