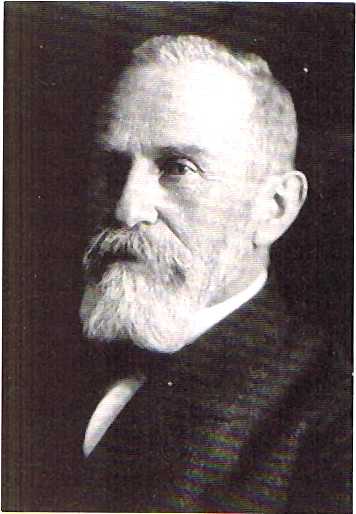 A Summarized History of Autism

In celebration of Autism Awareness Month in 2017, I wrote a thought-provoking and revelatory three-part series about the history of autism. For this month’s blog post, I decided to summarize what I learned in writing that series.

The first person to coin the term ‘autism,’ which comes from the Greek word ‘autos’ or self – was a Swiss psychiatrist named Dr. Eugen Bleuler (photo featured above) in 1911. He saw a series of symptoms in a subset of what he saw as schizophrenic patients – schizophrenia was another term he coined – that were all related enough to create a new diagnosis. His impression of ‘autism’ was that it left the patient “entirely withdrawn, oblivious to the people around them, and completely self-absorbed.”

When autism became separate from schizophrenia is a debated topic. Some would say it was Soviet neurologist – Grunya Sukhareva – in 1927, still others would point to the much more prominent example of Dr. Leo Kanner, an Austrian child psychiatrist who had a practice in Baltimore, Maryland. There he would welcome an individual from Forrest, Mississippi known as Donald Grey Triplett or “Client No.1” who was the first individual formally diagnosed with autism, though it was called “infantile autism” by Dr. Kanner. Dr. Kanner noticed that Mr. Triplett did not share any of the characteristics of what was considered ‘schizophrenia’ and instead exhibited many unusual traits that he had never seen before but were understood to be autistic.

Around the same time, another Austrian psychiatrist, known as Dr. Hans Asperger was making breakthroughs in the research he conducted on individuals who shared many of the same traits as Donald Grey Triplett. He spent more time with his patients through their stages of living and even opened a school for his specialized clients. It was over a decade after his death in which the variant known to him, and my variant, would be characterized as “Asperger’s Syndrome.” His reputation, however, has been marred by his questionable associations with the Nazis, which I’ve discussed with my co-host Dr. Nate Shanok on the Fore! Autism Podcast – officialized by our Foundation  on the latest episode and one of our favorites.

In the 1960s, one of the foremost theories of why autism existed came in the form of a discredited professor of the University of Chicago named Bruno Bettelheim. Mr. Bettelheim postulated the “Refrigerator Mother theory” which supposed that autism was caused by the lack of proper treatment and care by the mother to the child. While this has fallen by the wayside of mainstream scientific consensus, there are still people, and parts of the world, which believe this theory still holds weight.

It was only after the deaths of Dr. Kanner and Dr. Asperger, in the early ‘80s, when autism would become known as it is now. Movies like “Rain Man,” while an antiquated understanding of what autism is, have helped cement the idea of who a person with autism is in the popular consciousness, and people like Dr. Temple Grandin have helped to show how complex our lives really are. Organizations have sprung up, like ours, dedicated to helping us tell our stories, and to help us live the lives we really want to live, one day at a time.