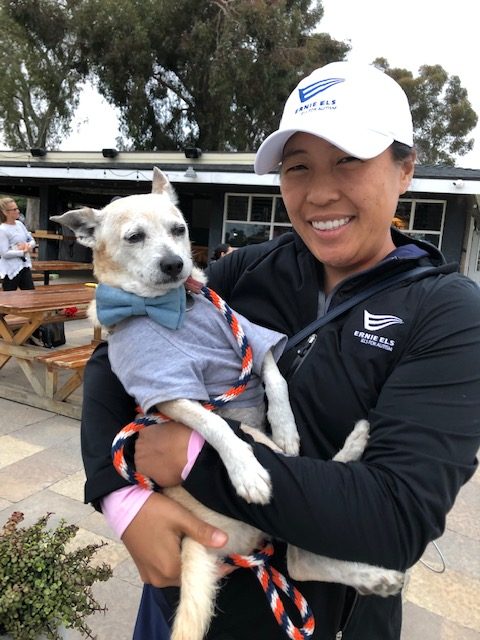 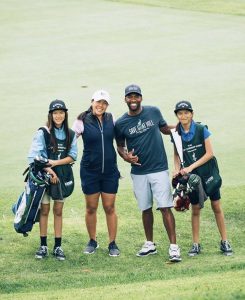 Early this year, Ernie Els was asked by a friend to participate in a fundraising challenge—the ‘108 Hole Hike’. Due to Ernie’s busy golf schedule, he was unable to participate but sent Jen Hong, Director of Special Initiatives at Els for Autism Foundation, and former professional golfer, in his stead.

The ‘108 Hole Hike’ originally started at the crack of dawn one July day, back in 2015, when John Ashworth, Founder and President of the apparel company Linksoul, played 108 holes (six full rounds) over the course of 13 1/2 hours, as a fundraising effort, on the historic golf course—Goat Hill Park.

Goat Hill Park, located in Oceanside, CA, opened in 1952. Originally called the Center City Golf Course, locals nicknamed it, “Goat Hill.,” for the severe up-and-down climbs best-suited for mountain goats. When John Ashworth and other partners took over the course in 2015, the name was changed to Goat Hill Park and they kicked-off a plan to completely renovate the course.

The ‘108 Hole Hike’ has continued as a fundraising activity and on June 24, Jen joined Eli Ivey, GM of Goat Hill Park, John Ashworth, Michael Sim, a former tour player, and others to raise money for their charities. In true Jen fashion, she pledged that the funds raised would be donated to Els for Autism, but specifically earmarked to the “Walk the Pup” program. 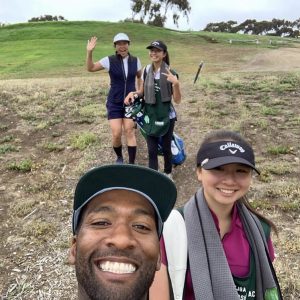 When she ran the first pilot program, she found that many of the parents registered their children for “Walk the Pup” because they were terrified of dogs and in the first few sessions, many of the children spent the class screaming in fear. Jen was patient and with the help of some well-behaved and friendly dogs, she says “after nine sessions one of the kids who was originally terrified of dogs, was walking one on a leash all by himself.”

After playing golf from 5 a.m. to 6:30 p.m. on the hilliest course she has ever been on, losing ‘only’ one ball during the 5th round, and getting a miserable blister on her foot, Jen raised $7,366 for “Walk the Pup”! With these funds, the program can continue to help individuals with autism overcome their fear and anxiety of dogs, help them to learn how to take care of a pet, and foster a love for dogs. Thanks to everyone in the Golf Challenge family who supported Jen in her adventurous ‘108 Hole Hike’!